Ok, I've been waiting and waiting for the office to be finished before posting it on here... and then I realized that it just ain't happening any time in the very near future. So I wanted to at least share my glorious desk hackery. Why glorious? Because for the first time ever, we not only have enough desk space, but we have a desk that isn't made out of IKEA particleboard! It's, um, made out of IKEA butcher block instead. 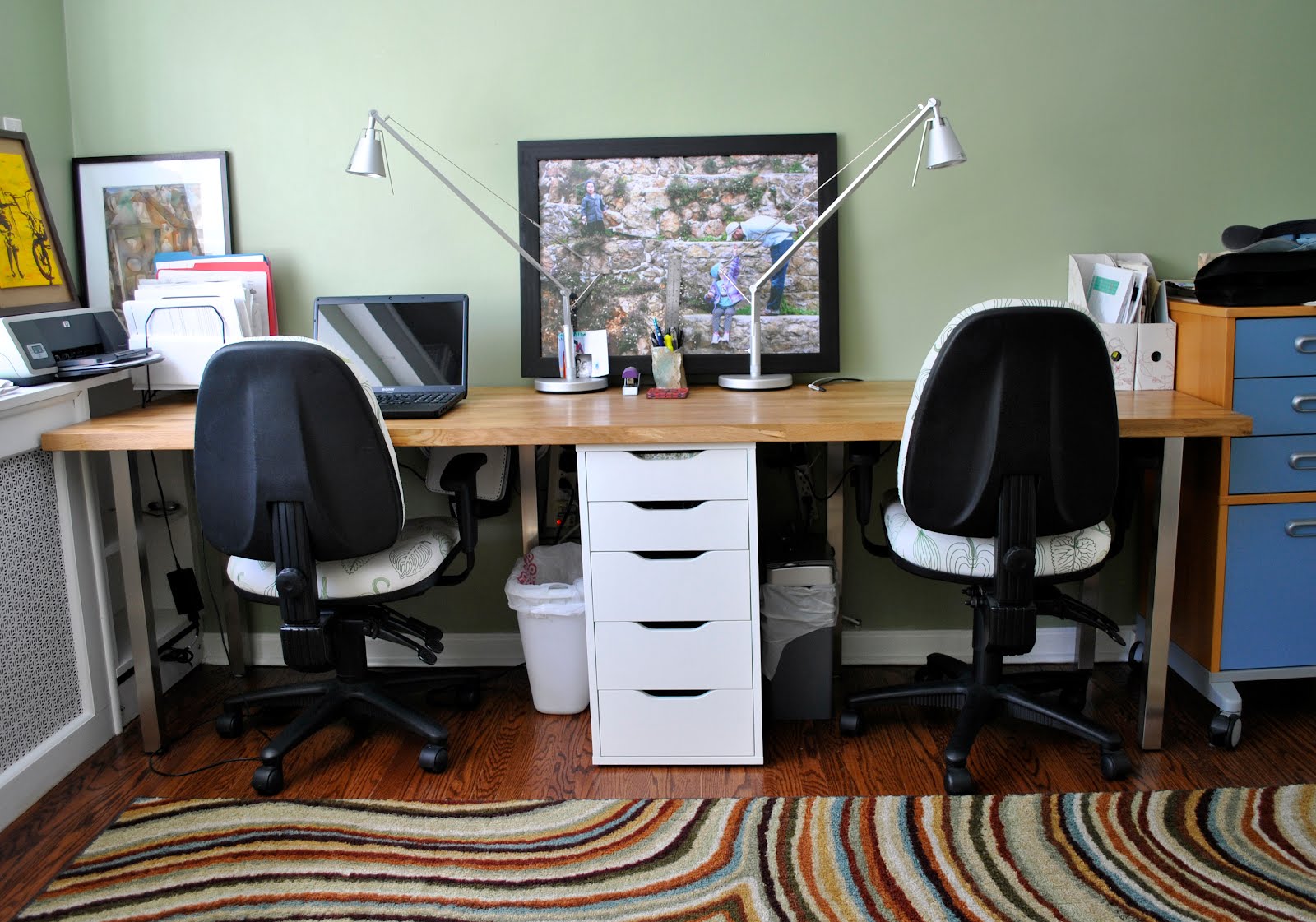 The combo? A 96 inch butcher block, a Vika Alex drawer thing that used to hold up my old craft table, and six Vika Moliden legs = the perfect desk.

I was worried about weight distribution because the butcher block weighs about 200 pounds, so I was originally going to use eight legs to hold it up. But that was super duper aesthetically displeasing, and I was psyched to remember that we still had that white drawer unit. So I put four legs in the back, two in the front, and anchored the front more with the drawers. The butcher block comes raw, since it's intended for kitchen use, so I sealed it with four or five layers of water-based poly. Also, all the cables and modems and surge protectors and things are hanging off the underside of the tabletop in the back, dangling from screw hooks, which keeps them off the floor and makes them nearly invisible from most vantage points in the room.

Next on the office-decor to do list is actually hanging all the pictures instead of just resting them on random surfaces in the room, and getting some kind of cover or something for the futon which will remain the guest bed for the foreseeable future. So, any camouflaging-that-old-futon tips anyone want to share?
Email ThisBlogThis!Share to TwitterShare to FacebookShare to Pinterest