Two Lofts are Better than One

I finally got around to taking pictures of the kids' double loft room! They've been enjoying it for 2 months or so now, long enough for the discussion to segue into the separate rooms conundrum. But still, right now, here is what it looks like: 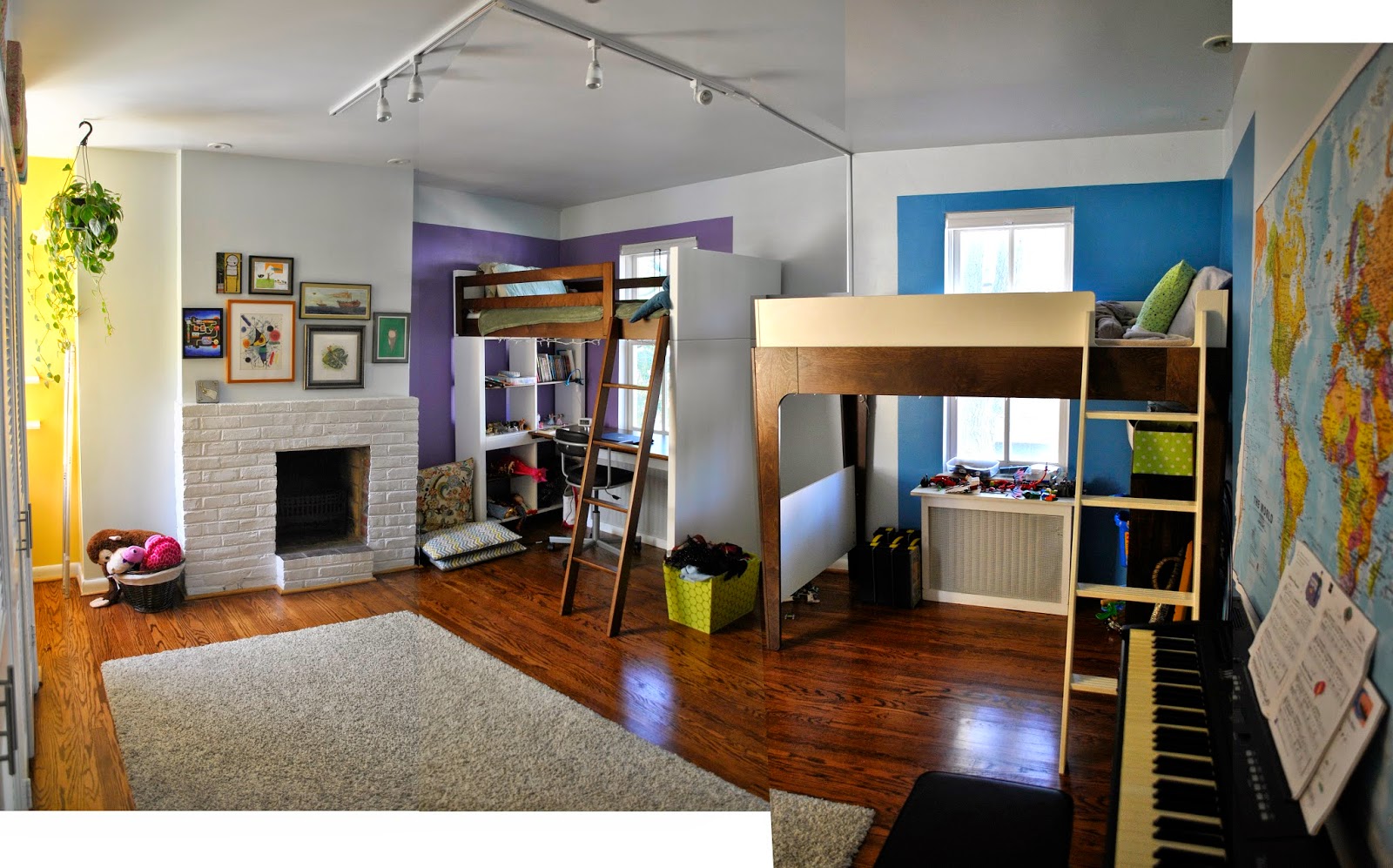 We went with the cool color scheme the kids had worked out (you can see it in the initial plans we talked about here), with Lara getting a purple square and Jake getting a blue one. How did I work out "squares" when neither the walls nor the ceiling in that room are at all plumb? Through a lot of eyeballing, basically. I found that lining things up with the windows made more visual sense than lining them up with the ceiling and walls, and then I fudged a half inch over several feet here and there to make everything connect without too much obvious distortion.

Lara's new loft bed came with the desk and shelves as one unit, but Jake's loft didn't have any built-in storage. So, I whipped up a matching set of square shelves by surrounding a cheapie Kraftmaid cabinet that happened to have almost the exact right dimensions with some lumber. With some stain and matte polyurethane, you honestly would never know that it wasn't part of that bed originally: 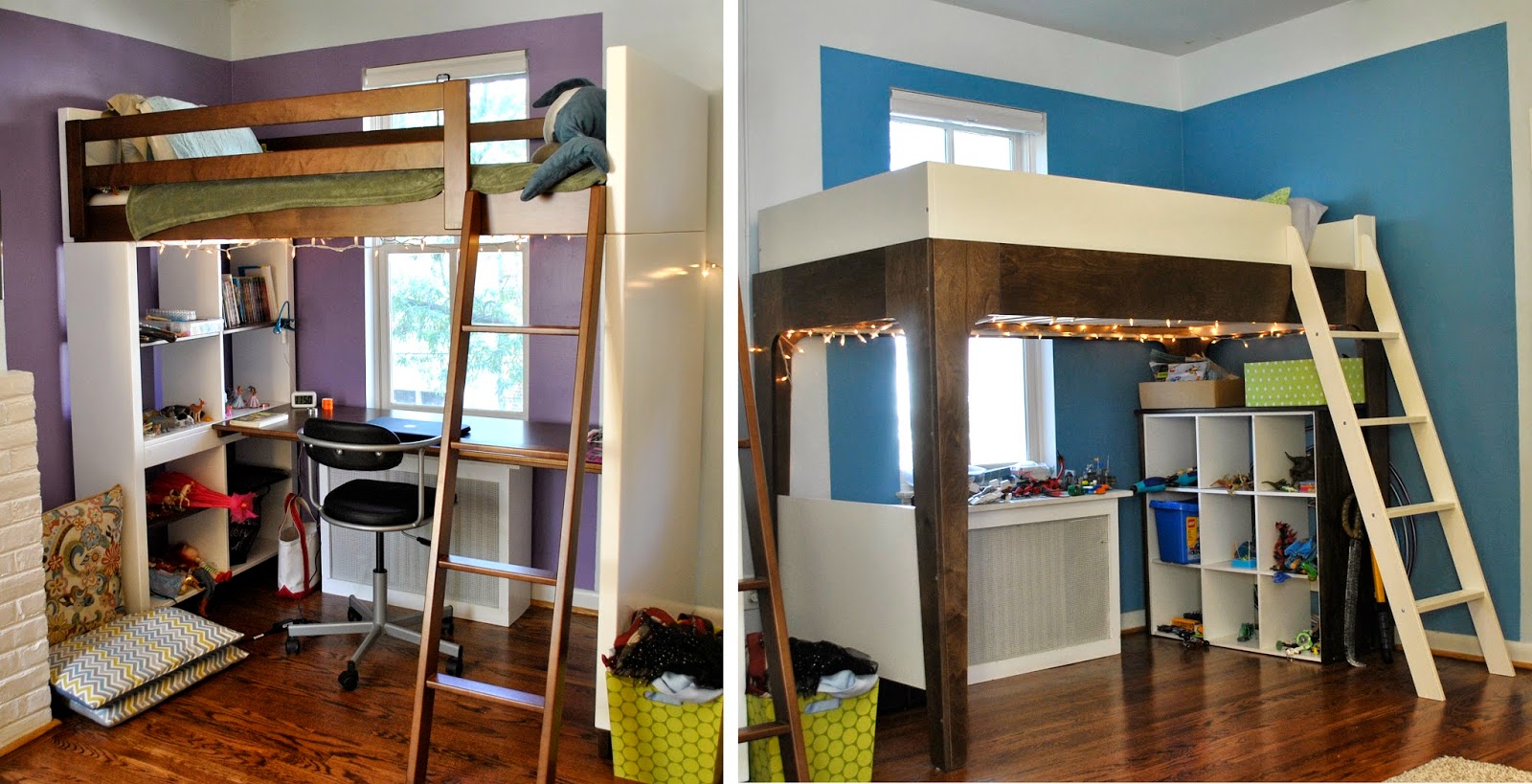 Also, look - fairy lights under each loft! For some reason I have been obsessed with having these things around a bed since childhood. I remember really wanting to have twinkle light around my bed even in high school. Why on earth did I not make this rather easily attainable dream come true until now (for someone else!)? No idea. I remember vaguely worrying that they were too frivolous or something. Basically, apparently I was a very silly person.
Email ThisBlogThis!Share to TwitterShare to FacebookShare to Pinterest