Hi all!
Long time no see for this Forty-Two Roads pinch hitter, who is here with a summer update. And so, in backward order:

This weekend was crazy awesome, with all sorts of fun and good times. We went canoeing again - and this time saw turtles and a water snake! Also, Lara made two sock puppets and the cutest ever list of items each requires: 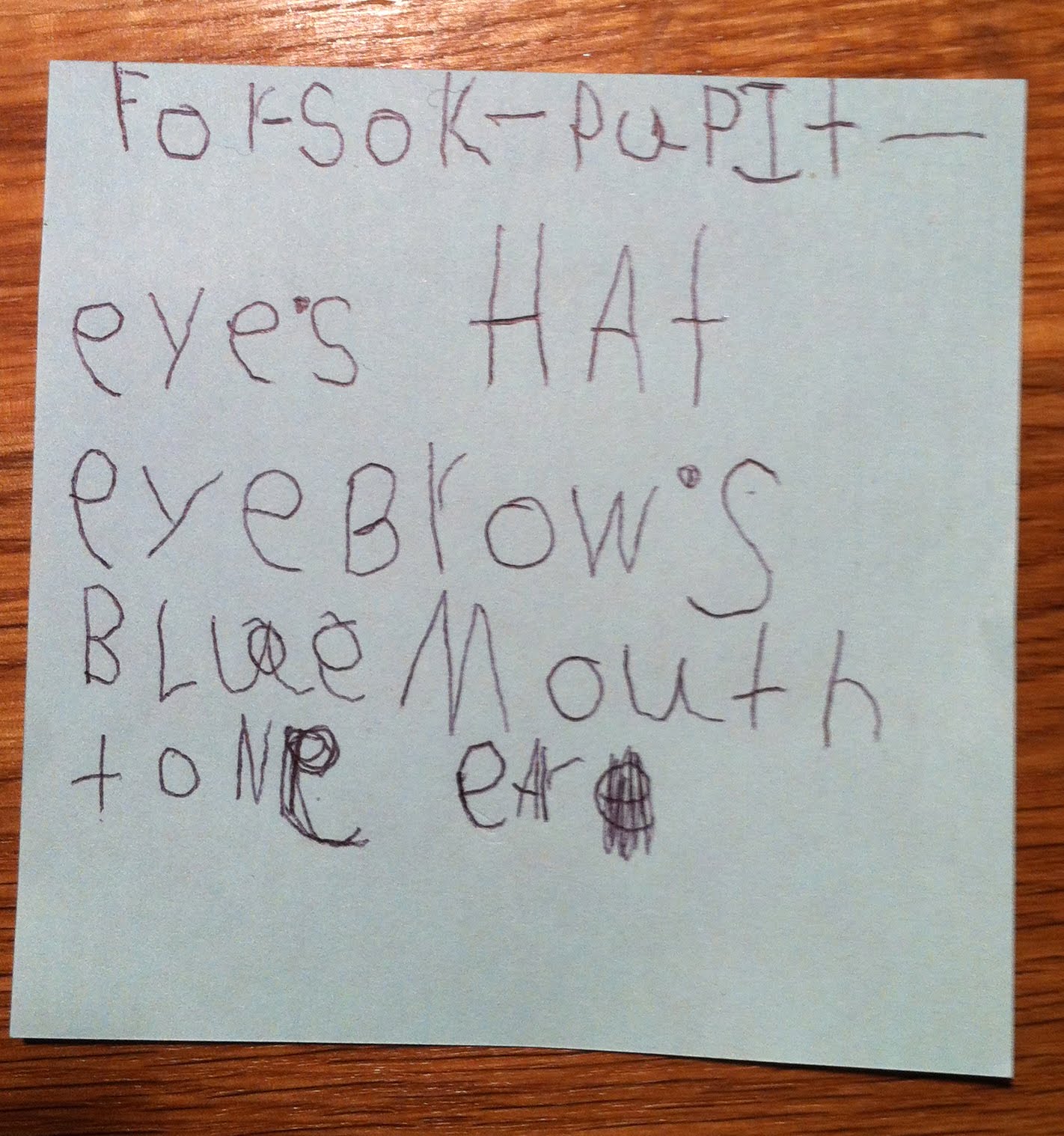 This was on the heels of an exciting trip to the somewhat re-vamped (or at least mildly refurbished) Camden Aquarium: 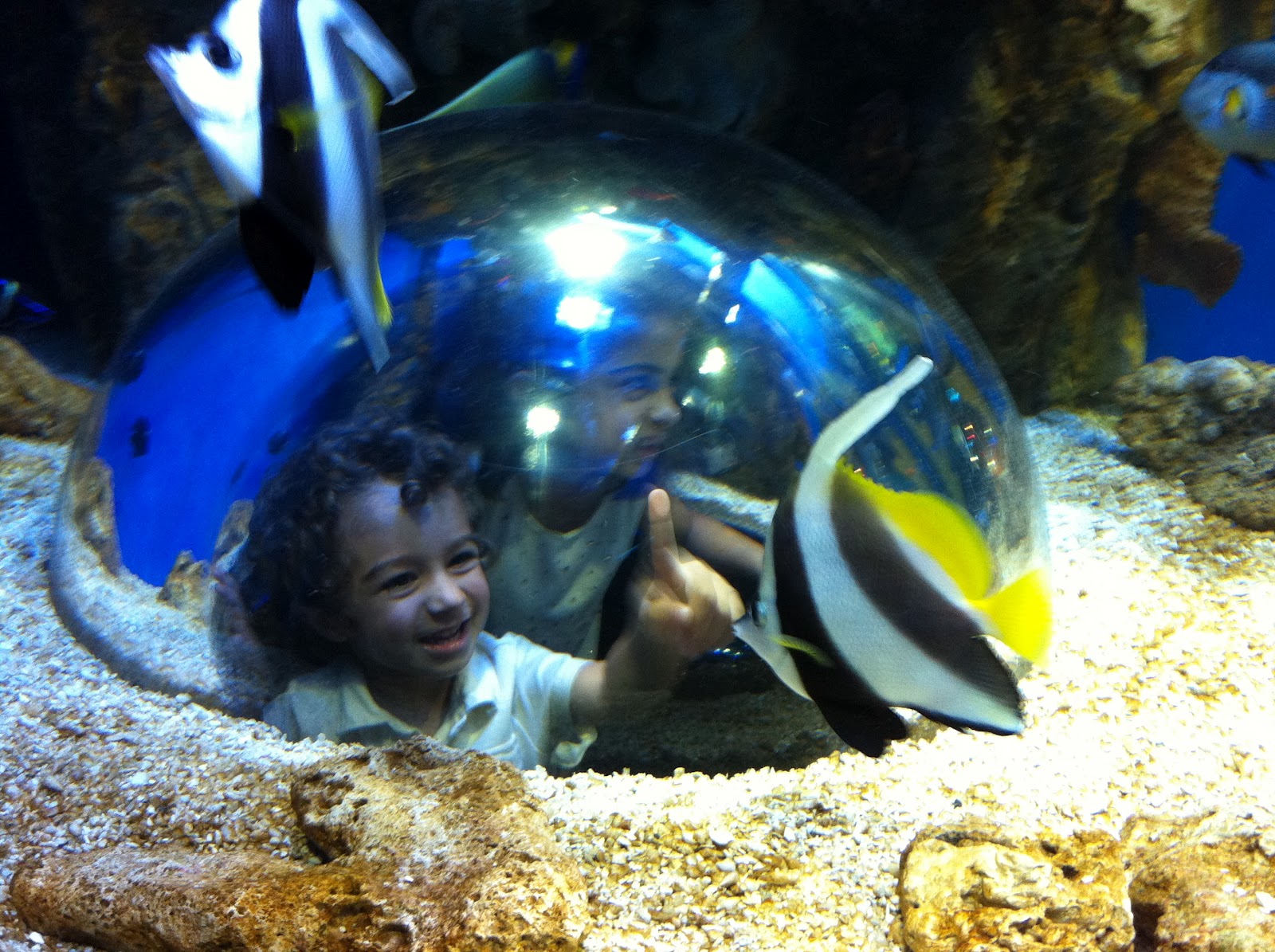 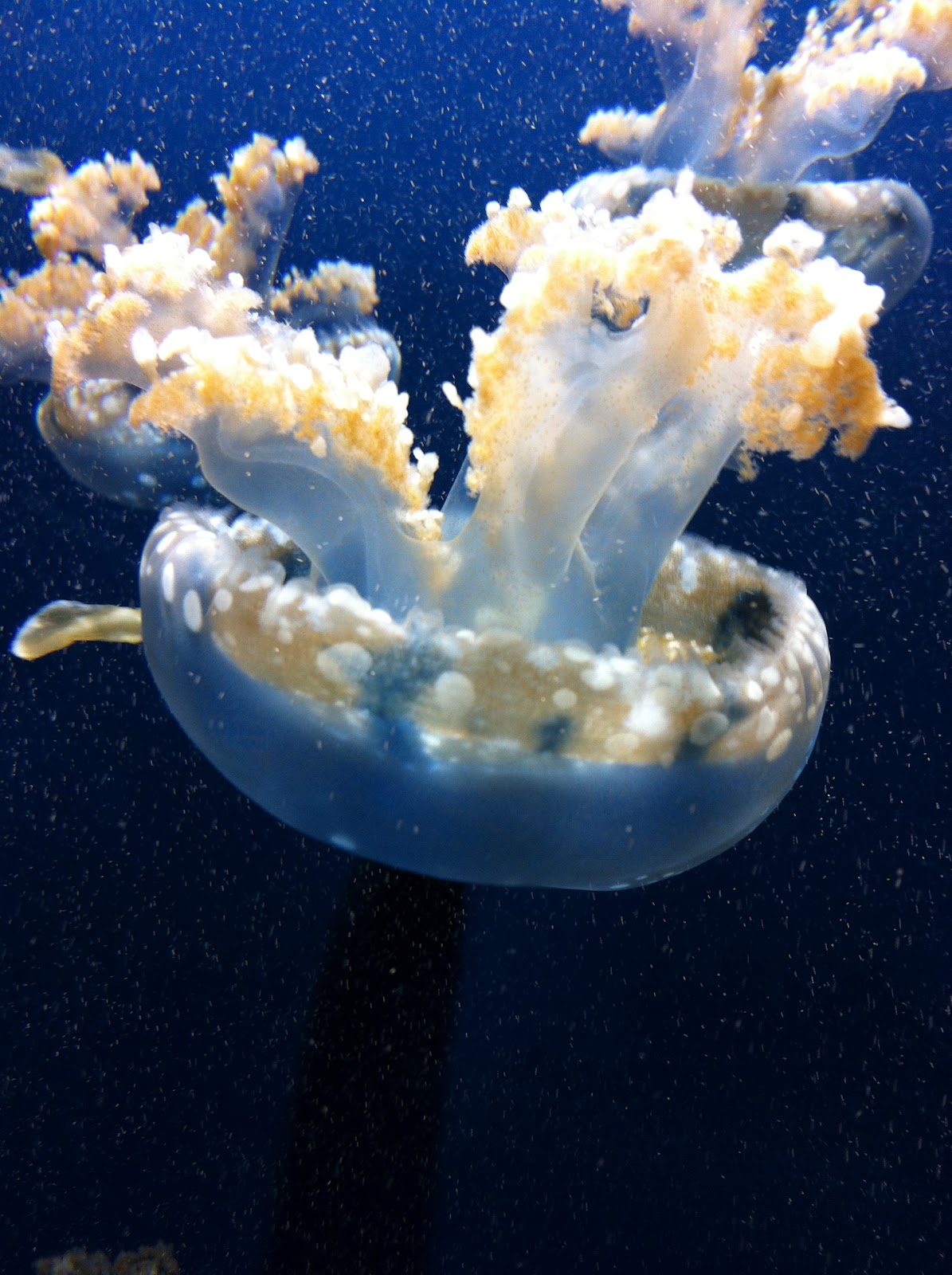 However, looking at fish through glass was nothing compared to a recent visit to Aric's house, where we actually caught the world's tiniest perch ever, thus at last showing the kids that fishing actually occasionally results in the acquisition of a fish... This is the first success in - ahem - three or four such ventures. Shown here is our triumphant return march down the dock: 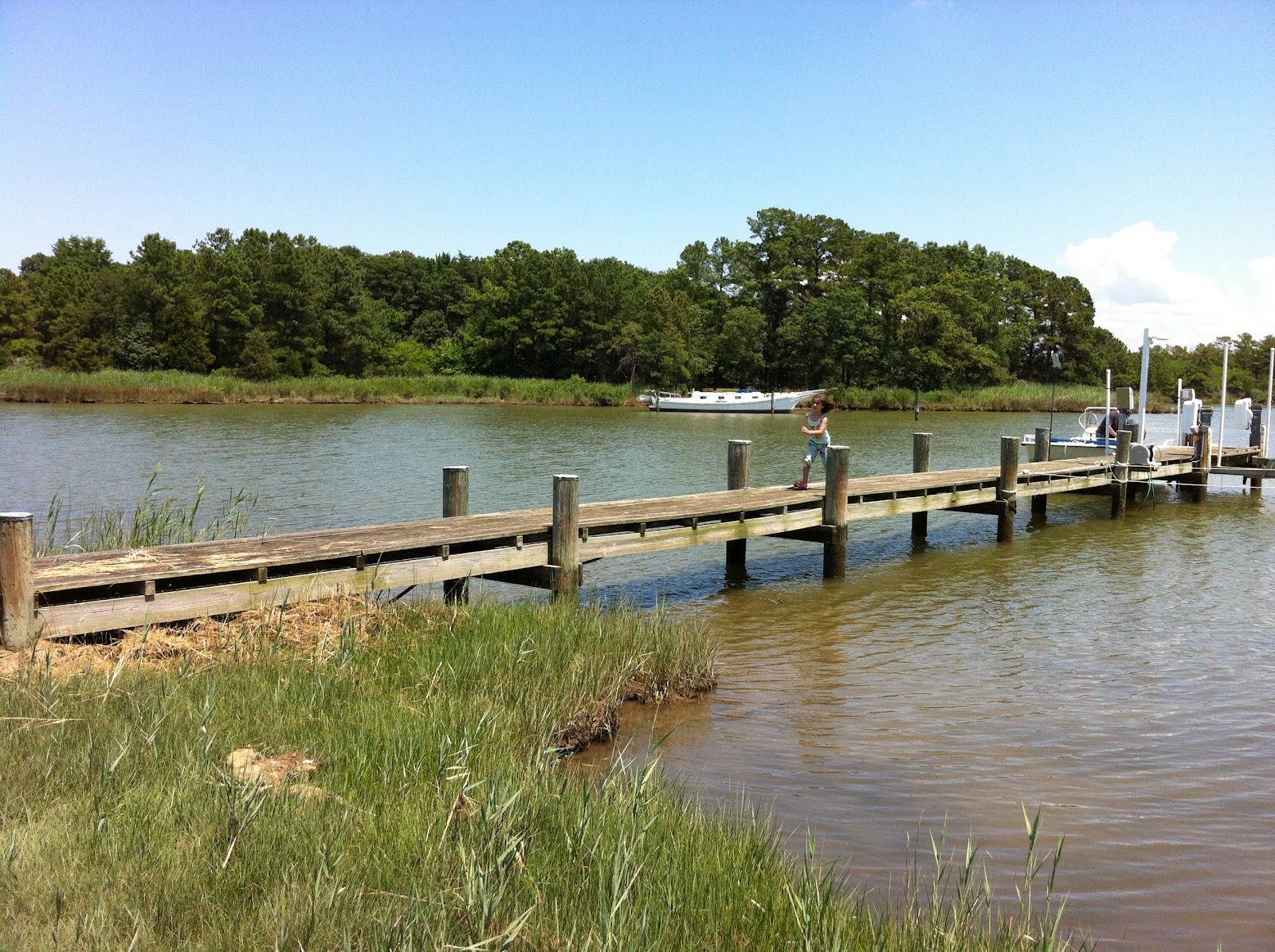 It was also "baby frog spawning season," and we caught so many frogs that at one point Lara was actually ignoring one that was hopping up her arm (!) because she was chasing another. Loads of fun. We kept three overnight, but after we failed to catch even the tiniest gnat, Lara announced, "Daddy, I think we should put them back. We really don't know what to feed them." 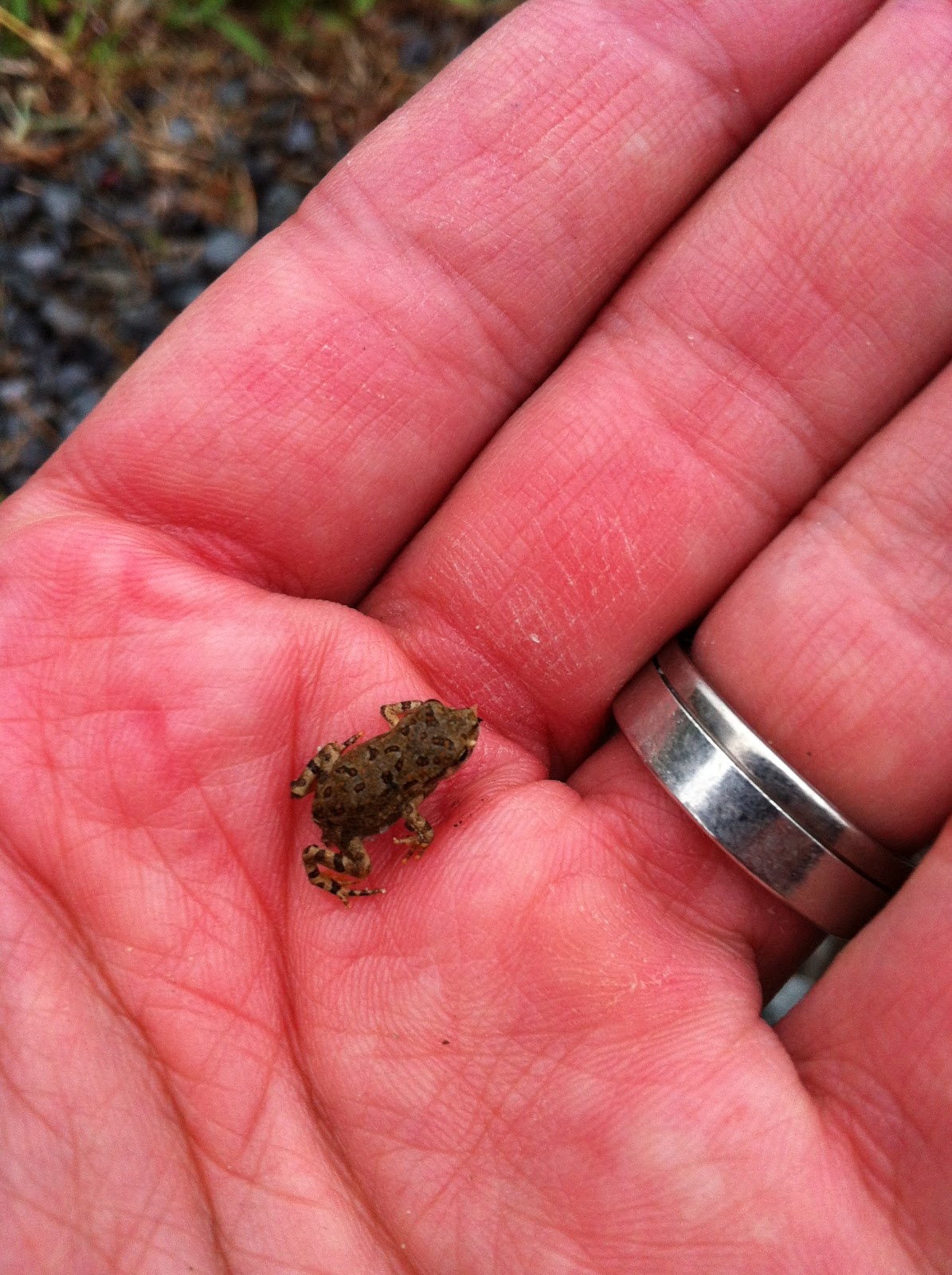 And the nature didn't stop there, oh no. We also found two praying mantises (manti?), including this inquisitive fellow who climbed right aboard and patiently waited as I right-hand-iPhone'd about 12 pics to get this perfectly-lit-if-I-do-say-so-myself shot. Obligatory educational mantis factoid link to fun facts found here. 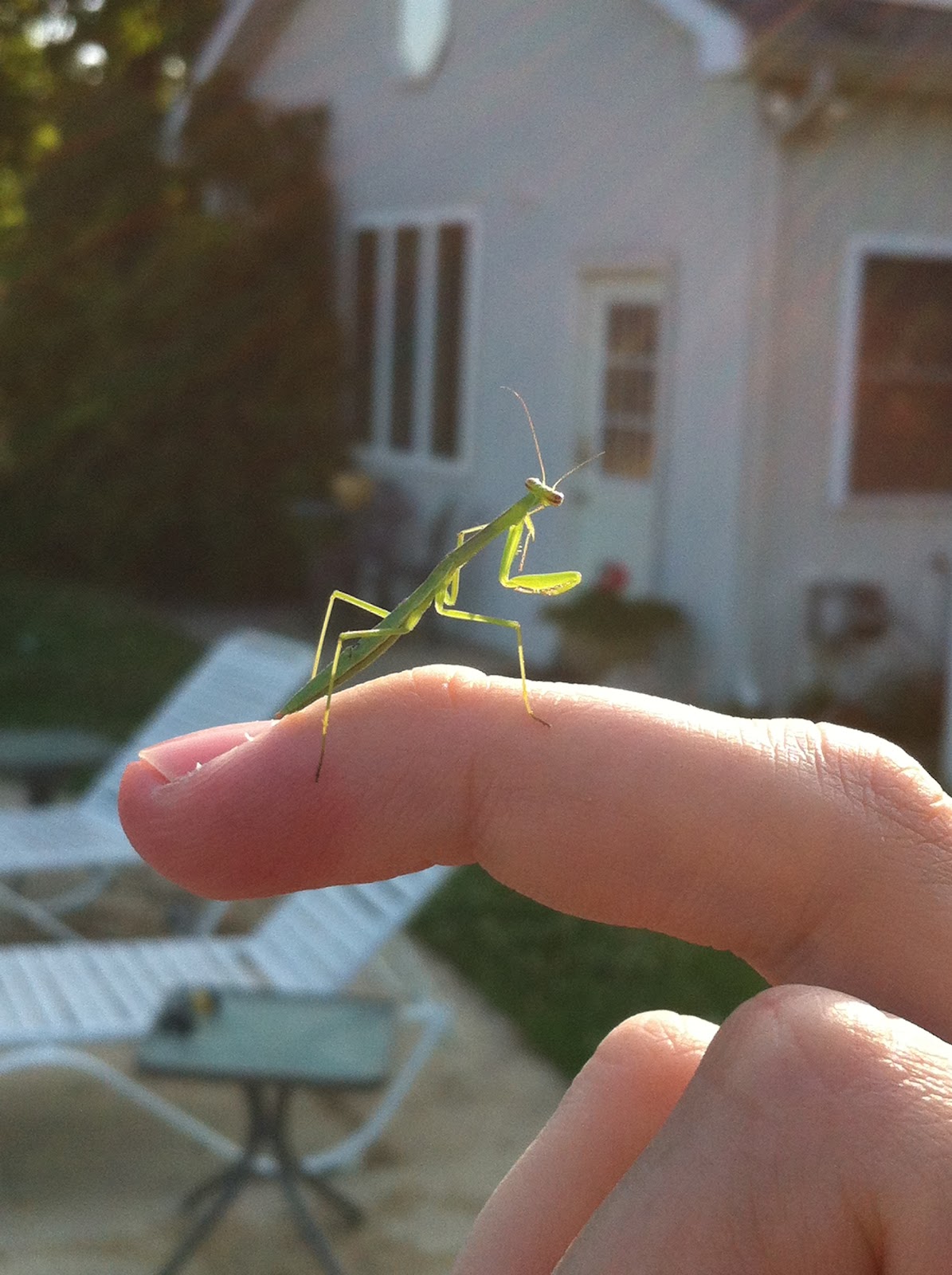 Least recently, we had a visit from Forty-Two Roads's dad, who brought a giant case of cheeses for us to sample and amateurishly rate. Turns out we have very divergent tastes, but still, we did discover that there is a nice little overlap area on the "who likes what cheese" Venn diagram, so we can hang out there, taste-wise. Perhaps a listing of those cheeses, and our comments, will appear in the interwebspace soon. Stay tuned.

We're having a great summer (heatwave aside), and hope you all are too!
Email ThisBlogThis!Share to TwitterShare to FacebookShare to Pinterest

Welcome back to the blogosphere:) and thank you for yet another great entry. My two favorite pictures are, of course, the kids "inside" the fish tank and the tiny frog